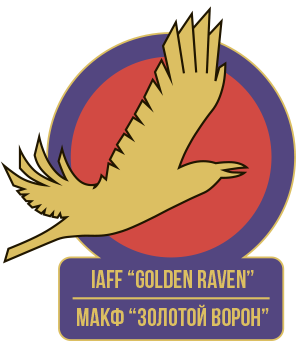 From May 20–26, 2019 in Anadyr, capital of Chukotka, the 3rd Golden Raven International Arctic Film Festival will be held.

As the chairman of the jury judging full-length documentary films, the director, screenwriter, and producer Alexey Vakhrushev has been appointed. The chairman of the live-action competition will be Russian Film Market program director Ekaterina Bordacheva.

The Golden Raven festival is especially close to Vakhrushev's heart, as he was born and raised in Chuktoka, right in Anadyr. Since his very first works his output has focused on his native land and those dwelling within it. Such films of his as The Time when Dreams Melt, Bird of Naukan, The Island, The Book of the Tundra: The Tale of Vukvukay, the Little Stone, and The Book of the Sea tell of the history and culture of the peoples inhabiting the Chukotka Peninsula.

Ekaterina Bordacheva graduated from the Department of Economics of the Gerasimov Institute of Cinematography. Since 2013 she has been program director for the Russian Film Market, a member of the Cinema Foundation of Russia's council of experts, curator of the international film program for children and youth "Your cinema" IFCD "Spirit of fire", Khanty-Mansiysk Autonomous Okrug-Ugra, and member of the European Children's Film Association.

The festival's leadership announces that the deadline for application has been extended to March 31.

Applications to participate in the festival can be found on its website www.goldenravenfilmfest.ru.

The Selection Committee's final decisions will be published on the festival's website by April 10, 2019.

To participate in the feature-length competition, the festival invites all live-action and documentary films made in 2016–2018 in the countries of the circumpolar region (Russia, Canada, Norway, Sweden, Finland, Denmark, the American state of Alaska, and Greenland) and dedicated to figures whose lives are closely bound with the north, to the traditional way of life of the indigenous peoples of the region, and to its nature.

To participate in the shorts competition, the festival invites live-action films on various themes made in 2017–2018 and having a prominent viewership and genre component.

The Golden Raven Festival is one of the major festivals held in Russia's far north. A distinguishing feature of this festival is that the main winners of the competition are decided by the viewers. Besides the viewers, films are also awarded with special prizes by the festival jury, which consists of professional filmmakers.

The Golden Raven's main prizes are unique, one-of-a-kind pieces. They are custom-made each time by a master of walrus-tusk carving and depict a soaring demiurge raven.

The festival is financially supported by the State Program on the Development of the Education, Culture, Sport, Tourism, and Youth Policy of the Chukotka Autonomous Okrug for 2016–2020.

Official press agent: ProfiCinema
On request, an interview with the festival's organizers can be arranged.